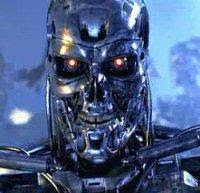 The Royal Air Force have confirmed that it will deploy armed "Reaper" unmanned aerial vehicles during the London 2012 Olympics.

There is, it has to be said, a degree of risk in deploying armed "Terminator" inspired robo planes over London. However, the British government in their desire to keep the population under control regard the political benefits from spinning the terrorist threat as greater than the risk of any of the drones going awry and killing a civilian.

The Reaper is the latest version of the General Atomics Predator hunter-killer UAV, it can carry an array of laser-guided bombs and missiles including the Hellfire air-to-ground weapon which has been used against Taliban forces in Afghanistan.

Hunter-killer UAVs are controlled by a ground station that directs them to the enemy and remotely fires its weapons.

The 11m-long Reaper can fly for 14 hours and carry an array of sensors including cameras, radars, electro-optical and infra-red that allow it to be deployed around the clock in all types of weather.

UAVs are used primarily for surveillance and targeting, but can make a highly cost-effective offensive weapon when armed with bombs and missiles.

So that's reassuring then!
Posted by Ken Frost at 10:33 AM