I am gemused to read that, despite the attempts by the authorities in London to clear the streets of the homeless in time for next year's Olympic Games, some people still understand the concept of "inclusivity".

Therefore my compliments to the thousands of fans have joined an online campaign to get a elderly tramp from Bournemouth to carry the Olympic torch.

The Mail reports that Gordon Roberts, 82, has got the support of 4,500 people who plan to nominate him as their 'inspirational member of the community'.

The question is, will he be allowed to carry the torch in London?

Going For A Bong 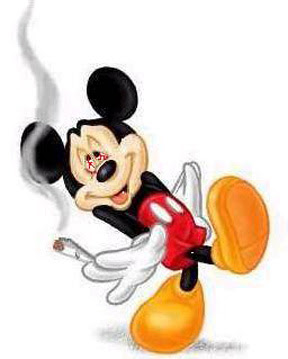 I am gemused to read the public spat between the upper echelons of the Olympics (past and present) over proposals to relax the punishment for athletes who get caught taking illegal drugs for recreational purposes (as opposed to taking them to improve their performance).

"You want to be part of this project, then don't take drugs."

The trouble is Lord Coe has forgotten (or chooses to ignore) that coffee, fags and booze are also drugs. Whilst they are perfectly legal, they still are drugs (some of which, I am sure, our top class athletes do use on occasions).

The issue is not the drugs per se, by society's hypocritical attitude to "legal" and "illegal" drugs.

The True Legacy of The Games

The Brighton Argus reports that, in order that London is made to look all shiny and pristine for next year's Olympics, homeless people are being "cleansed" from the streets of London and are now heading to Brighton and Hove.

Charities claim that homeless people are being "harassed" (under the guise of "Operation Poncho", a joint council/police initiative) in order to meet the Olympic target of zero homelessness on the streets of London in 2012.

Moving a problem elsewhere is not a solution, merely a cosmetic enhancement.

In theory, London 2012 is meant to be the "public transport games".

There is of course a wide gap between aspirations and reality. London's transport infrastructure suffers from a lack of investment and capacity. Hence the services are inadequate and overcrowded.

Transport for London (TfL) are aware of many of the problems, eg they have warned that it may take an hour to get on a train at St Pancras station (where the Javelin train will depart for Stratford).

They are mounting a campaign to ask people to commute less (they need a 30% fall in commuter numbers)!

Sadly it seems that the word "obsolete" applies not only to the infrastructure and capital equipment, but also to the thinking within TfL.

The Real Legacy of The Games

McDonald's plans to build the world's largest McDonald's at the London Olympics Games site in Stratford.

The two storey 3,000 sq metre leviathan will seat up to 1,500 people, and will be one of the four McDonald's restaurants built in and near the Olympics park.

Now that's the true "legacy" of the games.

Makes you proud to be British doesn't it?!

Despite the recent hype from Visa (predicting an alleged financial benefit to the economy from the 2012 Olympics), more realistic views are that the economy will take a negative hit as tourism will in fact fall.

The Independent reports that London & Partners (the official agency behind promoting tourism for London) has admitted that the 2012 Olympic Games could lead to a fall in visitors to London 2012.

People do not want to come to a city with over-crowded transport, a lack of/high prices for hotel rooms, and which resembles a building site.

Who blames them for not wanting to come?

Around 700 people were charged twice for their Olympic 2012 tickets. The problem hit people who were buying tickets in the first phase of the second-chance sale.

Ticketmaster, who are managing the Olympic ticket system, described the glitch as a “processing error” and are apologising to everyone who has been affected and are refunding their money.

The Guardian reports that a new economic study of the British economy predicts that consumer spending will rise by £750M during London's Olympic Games in 2012, and that there will be a sustained boost to the economy over the next 4 years of £5.1BN.

Well, before you pop the champagne corks, you may care to bear in the mind the following:

1 The "economic study" was published by Visa (one of the main sponsors of the event, who have a vested interests in people maxing out their credit cards).

2 During the the Beijing Games overseas visitors spent a mere £93M during the whole of the games.

£ The games are "budgeted" to cost around £12BN (including £2BN running costs).

Lord Coe has made an appeal has been made for Olympics grandees to return unwanted tickets so that UK residents can buy them.

Why give away so many in the first place then?

The Establishment Weighs In

I see that the establishment is weighing in to the furore over the allegations about "secret" cash payments made to a member of the Olympic Park legacy Committee by West Ham.

Well, of course it doesn't!

The Olympic Park Legacy Company (OPLC) has revealed that it has suspended Dionne Knight, the OPLC's director of corporate services, who has been undertaking paid consultancy work for West Ham United.

Why does this matter?

It matters because West Ham were selected by OPLC to have the stadium after the games, against competition from Tottenham Hotspur.

Ironically, according to the Telegraph, Knight also previously worked for Newham Council, West Ham's partner in the stadium bid.

West Ham are not best pleased with the media slant and insinuations, and have launched legal action against Tottenham Hotspur and the Sunday Times over claims of the "secret" payments.

The concept of "secret cash payments" relating to football is hardly new, if FIFA's soiled reputation is anything to go by. However, if West Ham have been unfairly maligned they are right fight for their reputation. That being said, they should bear in mind that it is not just the "legal susbtsance" of these payments but how they look to everyone else that have done the damage.